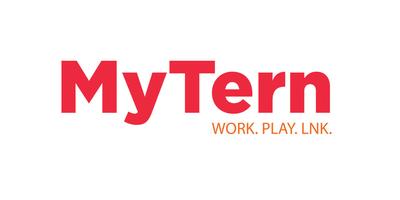 The Lincoln Partnership for Economic Development’s inaugural Internship experience MyTern was a resounding success.  Three hundred interns attended, and over thirty Lincoln employers participated with connections to talent from around the globe. Workforce and talent have been a chief focus for the Partnership beginning as early as 2000 with renewed focus after the Angelou Economics report 2015. The report identified that Lincoln is a growing city and companies and the community need to continue to invest in the talent needed to grow.

Three signature events: a Lincoln Hashtag hunt, A Lincoln Reverse Pitch on Ideas and a special mentoring opportunity connected them to other interns, but even more importantly connected them to over one hundred additional community activities going on around Lincoln.  Roughly 30% of the participating interns were from Lincoln, 30% were from greater Nebraska and 25% were from out of the state with the remaining and 5% from other countries.

“This new program provided interns with things that matter to them when making decisions about where they want to work and live” said Wendy Birdsall, President of the Lincoln Partnership for Economic Development. Lincoln’s pitch to interns: mentorship, social networking, a welcoming community and a voice in the city.   This program aimed to provide those things and more.

This summer immersion experience was made possible with great collaborators and some of Lincoln’s fastest growing and most innovative companies including: Firespring, Hudl, LES, Lincoln Industries, Nelnet, Opendorse, Spreetail, Swanson Russell, and the Lincoln Young Professionals Group.

Interns are the foundation of a company’s talent pipeline.  Talented interns become talented employees. Every intern in Lincoln represents a potential new member of the workforce. Students with successful internships are more likely to stay with a company after experiencing its culture from the inside out. Internships give valuable work experience and exposure to local companies. One of the participating interns said they really were able to experience what it was like to be in Lincoln and made them realize that Lincoln is a place where ideas are welcomed.