The ability to market Lincoln truly knows no boundaries, as the Lincoln Partnership for Economic Development continues its exploration of Canada to market the city and its offerings.

After attending the Collision Conference previously in Las Vegas and New Orleans, LPED maintained a presence at this year’s conference, which expanded greatly in a new setting in Toronto. Now in its fifth year, Collision saw nearly 25,000 people pack the Enercare Centre May 20-23.

One of the fastest growing tech conferences in North America saw speakers from Microsoft, Twitter, Shopify, Hootsuite and even Canadian Prime Minister Justin Trudeau address the large crowds. The conference seemed to strike a tone that focused on not only innovation and invention, but of responsibility on a global scale to combat and solve various problems. The question most commonly asked—how can technology solve everyday problems and what roles do cities have in shaping and pushing the technology sector to their benefit?

Toronto has reinvented itself as a hub for startups and tech companies, much as Lincoln has had success in that same realm. Claiming the title of North America’s fastest growing market for tech workers, Toronto provides a model for which Lincoln is aspiring to in terms of investment, jobs and talent recruitment.

Startup attraction and retention continues to be a primary focus and success story for LPED with the startup community in Lincoln becoming more diverse than ever before. It’s vital to bring new possibilities to the table and what better place to do it than with 25,000 people that may not be the most familiar with Lincoln. 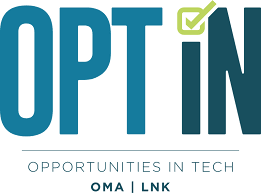 Jul 31 2019
A “super region” for attracting tech talent was announced on Friday, June 28 by the Lincoln Partnership for Economic Development and Greater Omaha Chamber. The joint initiative by the two organizations is designed to connect highly skilled workers with regional tech positions.  “The super region is an incredible place to live an...Continue Reading