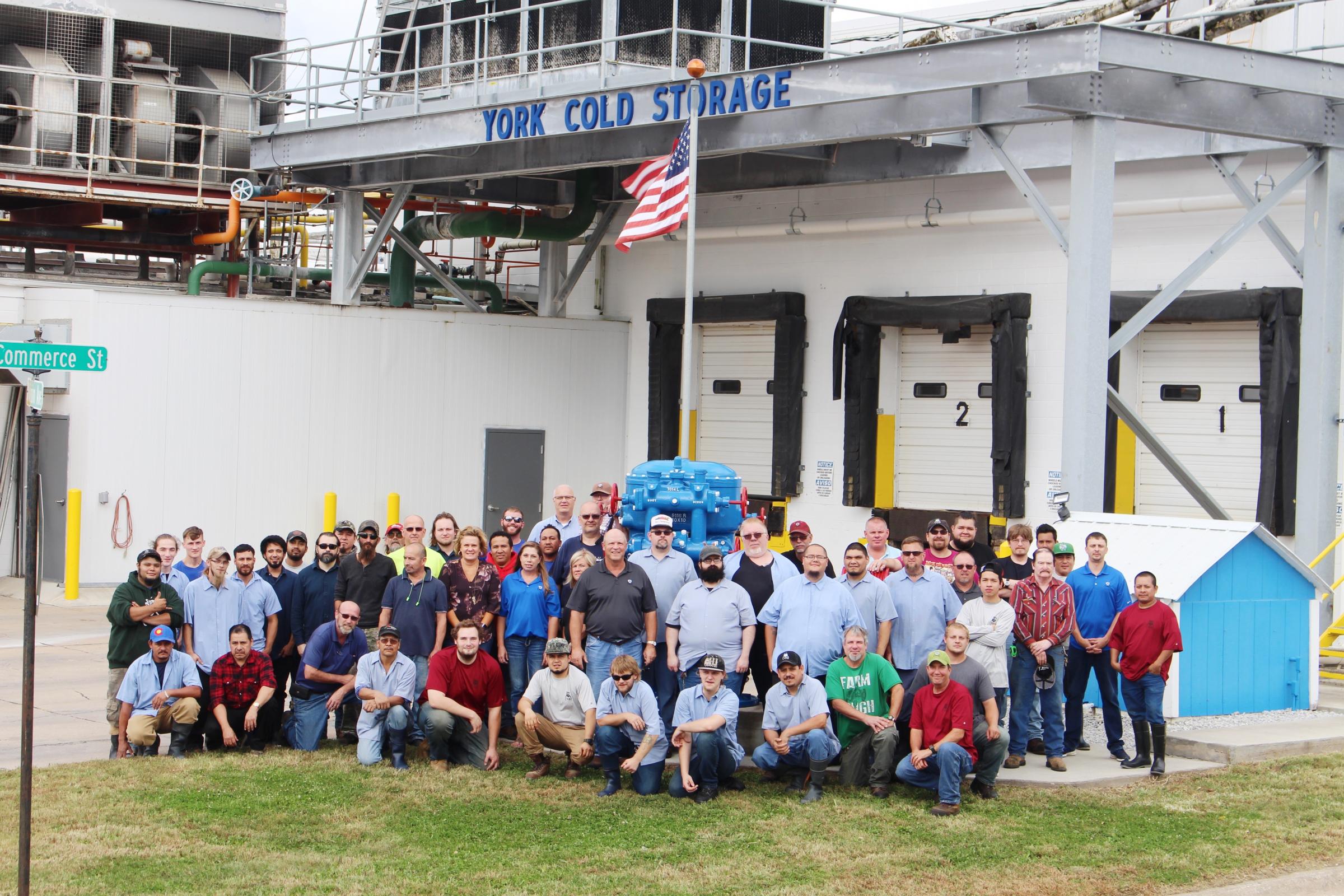 March 19, 2021 (LINCOLN, NEB). – The expansion of a local job creator in York, Nebraska is a testament to innovative resource management and the power of partnerships.

York Cold Storage I LLC, a subsidiary of Great West Pet Food Holding, Inc., is set to create at least a dozen new jobs following a $4.2 million investment in facilities and equipment. Partial financing for the project was made possible by a performance-based loan generated in collaboration between state/local officials and economic developers.

“This is really a story about various stakeholders coming together with mutual interests to create opportunities for the citizens of eastern Nebraska,” said Lisa Hurley, Executive Director of York County Development Corporation (YCDC).

Great West Pet Food Holding, Inc. sources, processes and stores meat and poultry ingredients from Nebraska and around the country to supply the pet food industry. The firm has been in business in York since 1999, and has a second Nebraska operation — Falls City Foods LLC — in the community of the same name.

“We sell ingredients to many of the pet food makers in the U.S.,” said Douglas Haycock, managing director at Great West, citing Purina as one of its best-known clients. “At the moment we employ around 70 at our York location, but will need to increase that footprint once this project is up and running.”

York Cold Storage sources fresh meat and poultry ingredients before freezing them in mass quantities for storage, sale and distribution to pet food manufacturers nationwide. The company’s latest expansion — its third since 2008 — will see it install more powerful freezer equipment to greatly increase the amount that can be frozen and kept at one time.

“To put it into perspective, this upgrade will enable us to freeze upwards of 40,000 pounds of meat or poultry in just two to three hours,” Haycock said.

To partially finance the cost of the project, Great West worked with local officials and economic developers to obtain a performance-based loan through the federal Community Development Block Grant (CDBG) program.

Led by the Department of Housing and Urban Development (HUD), CDBG provides funding that can help communities in Nebraska tackle a wide array of objectives — from housing rehabilitation to tourism development, to water-wastewater improvements and everything in-between. CDBG is administered by the Nebraska Department of Economic Development (DED) in the state’s non-entitlement areas.

“CDBG is a way for communities like York to invest in economic development projects that will ultimately pay dividends in terms of their local impact,” Hurley said.

In this case, CDBG funding will serve a dual purpose: after being awarded by DED to the City then passed to the local Nonprofit Development Organization (NDO), Southeast Nebraska Development, Inc., it can be loaned to York Cold Storage, whose resulting expansion will create at least a dozen new jobs. Over half these positions will primarily benefit low-to-moderate income persons, fulfilling the CDBG program’s national objective.

As the company repays its required portion of $180,000, the funds will be eligible for reinvestment by the NDO into other economic development projects throughout the region. The City of York was notified of its $360,000 CDBG award earlier this month.

“CDBG is really an incredible program in terms of the variety of ways it can be put to use as a resource for local and regional economic development,” said Kelly Gentrup, an economic development specialist for Southeast Nebraska Development District (SENDD), the sister company of Southeast Nebraska Development, Inc. “We’re excited to see it being put to use to help York Cold Storage grow and continue creating opportunities in our region.”

“Nebraska’s NDOs do an amazing job putting these grant funds to work for the individuals, families, and communities in their service areas,” Hurley said, adding, “I also want to thank the staff at SENDD for doing a terrific job helping us prepare a solid CDBG grant application.”

Haycock says this expansion is just the next step in what’s been a long and successful relationship between the Great West and the state of Nebraska.

“We love doing business in Nebraska, both in York and Falls City,” he said. “It really is such an incredibly welcoming environment for business. The State and local economic development groups are accessible and genuinely want you to succeed. That’s a huge part of why we continue to invest and grow in Nebraska, and we look forward to expanding and creating opportunities here or a long time to come.”

For more information about the CDBG program, visit https://opportunity.nebraska.gov/program/community-development-block-grant/.

Mar 1 2021
Hello and welcome everyone. Coming to you live from the YCDC offices here in York County, I’m Matías Castaño. Coming up here in this week’s business highlight, we get to look into a live streaming business based in a small town, Henderson Nebraska. Before we move on, let’s take a loo...Continue Reading 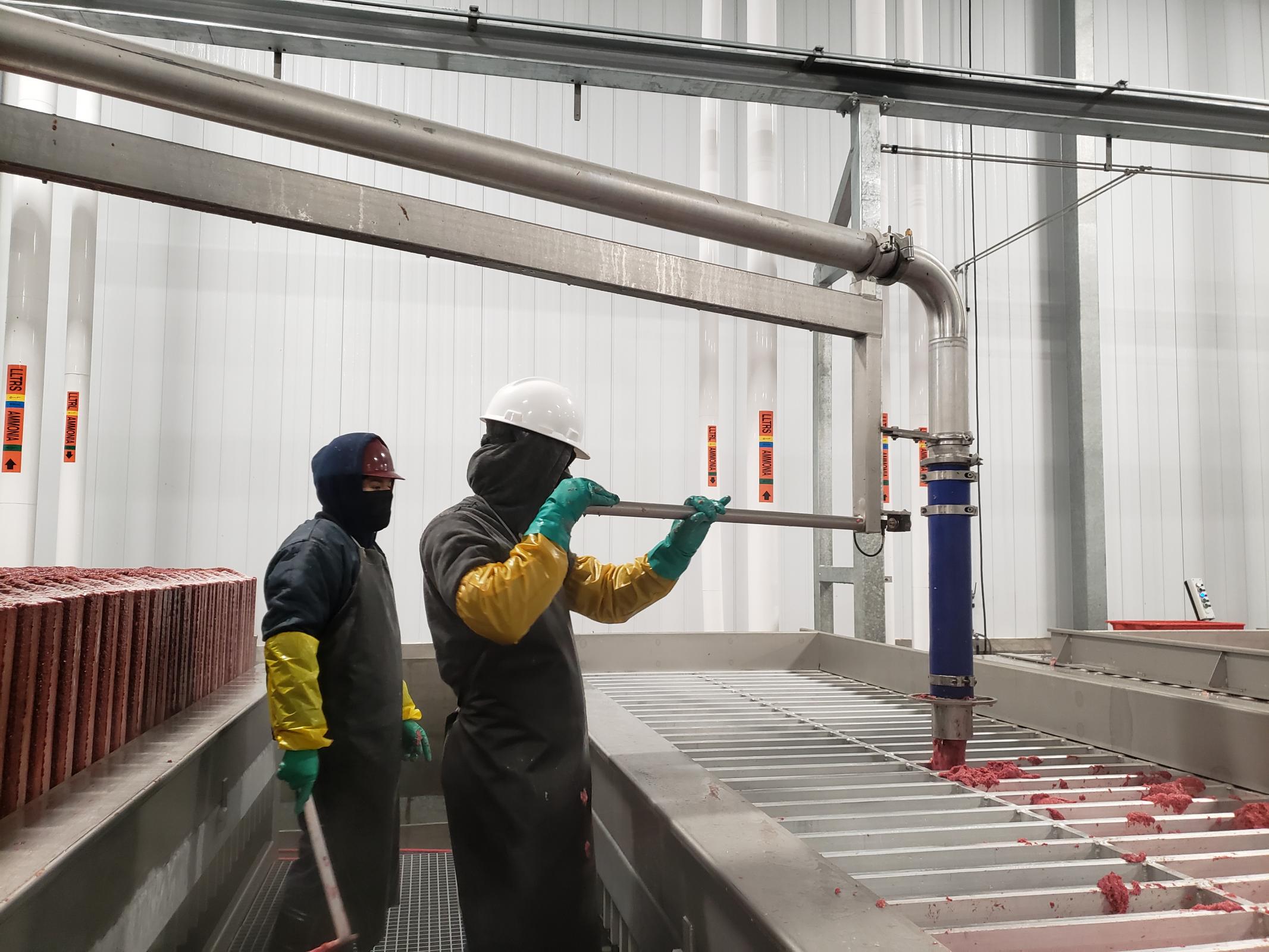