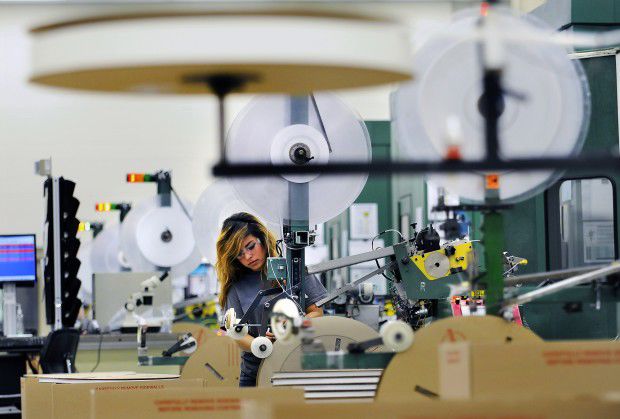 When Molex came to Lincoln in 1977, it had 31,000 square feet of space and 27 employees. The Lincoln location was the company's first manufacturing plant outside its home state of Illinois. In 1999, then-plant manager Iain MacDonald told the Journal Star that the company chose Lincoln for expansion because the area had a good technical and education base.

Fast-forward 40 years later, and the maker of electronic cables, connectors and switches for automobiles, cell phones, appliances and other products now has more than 700,000 square feet of space in three plants in west Lincoln and more than 1,000 local employees.

Wednesday marked the company's 40th year in Lincoln, and both company and local officials held an event to honor employees and celebrate the company's local growth and success. “Reaching 40 years of operations is quite a feat in today’s business climate. It’s a testimony to our dedicated employees, who continue to embrace change and pursue the innovation that has made Molex successful,” Molex CEO Martin Slark said in a news release.

Getting to that point hasn't always been easy, though. Molex, like other manufacturers, was hit hard during the late-2000s recession. From 2007 to 2008, the company went from having more than 800 employees in Lincoln to less than 700. But unlike many other manufacturers, it rebounded quickly. By 2011, its local workforce had swelled to more than 1,000 people, where it has since stayed stable. In 2013, after more than 40 years as a publicly traded company, Molex shareholders approved a $7.2 billion sale to Koch Industries. Molex now operates as a wholly owned subsidiary of Koch, but little has changed, including in Lincoln.

“Molex has been an instrumental part of Lincoln’s economy since it began operations in 1977,” said Lincoln Chamber of Commerce President Wendy Birdsall. “The success of the company is a tribute to the quality and high performance of the entire Molex organization, the leadership of the local management team and the incredible work ethic and productivity of their employees."